I didn't take these.
Russell Lee did, of the Taos Fiestas, in July, 1940.
The collection are in the Library of Congress. 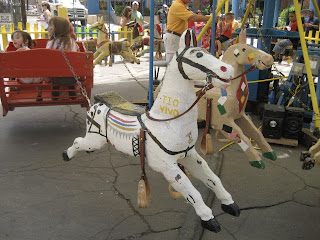 music, mass & a carnival on the plaza. including an old carousel called "tio vivo".
watched a mariachi band play, but missed the azteca dancers. and the parades. 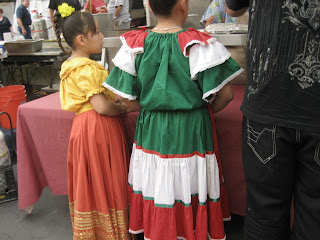 lots of little girls in ruffled skirts & flowers in their hair.

seemed like a lot of junk/carnvial stuff than stuff that would actually represent the point of the festival. like bedazzled t-shirts of pop stars & virgin de guadalupe instead of anything that might represent the patron saints. 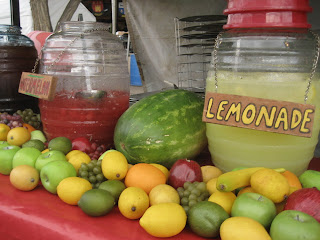 I drank a lemonade one day. & a watermelon juice the next.

I also watched an old man use tiny metal saw to cut into a silver bracelet the words, "ad astra". which I'm enjoying having on my wrist. but that also I can't figure out how to unclasp.

& my niece will be getting a pink dress with embroidery of flowers & bugs. 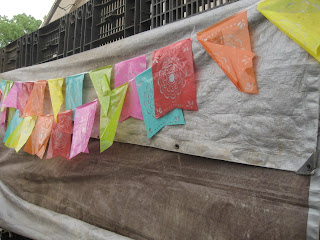 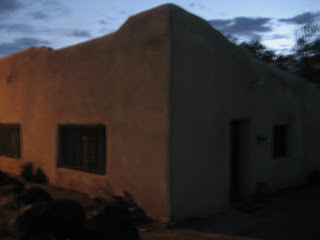 a little bit blurry picture of where I live sometimes.
taken on a walk home after happy hour.

it just sprinkled.
wish it would in ks too.

today begins the town's las fiestas. am looking forward to all the colors.
by e. at 3:31 PM 0 comments 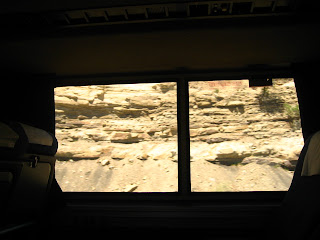 sleepless & late. but a quiet ride. with traveling boy scouts. 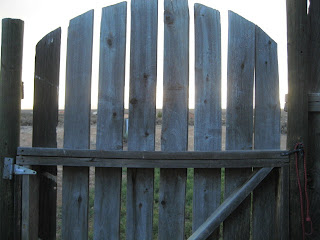 house sitting a quiet house on the mesa. perfect for siestas. 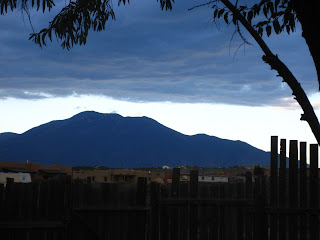 wishing for rain. rain enough for the open plains, the wide pastures, the milo & wheat fields, the wide mesa, the pine forests & gardens of tomatoes.
by e. at 3:27 PM 0 comments 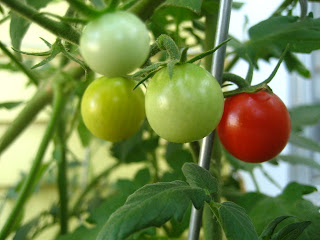 these are the days that test a love of kansas. 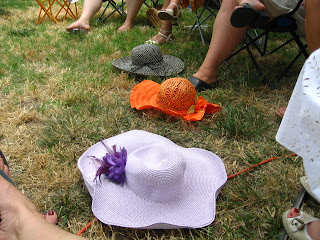 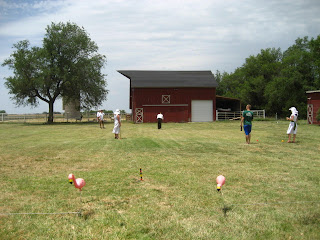 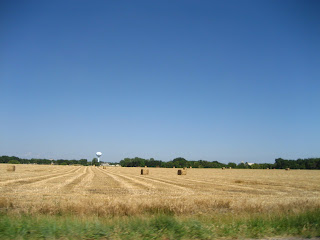 lounged in the pool.
to escape the heat. hot. heat. hot.
burgers from the grill with tomatoes from the garden.
got sorta sunburnt. 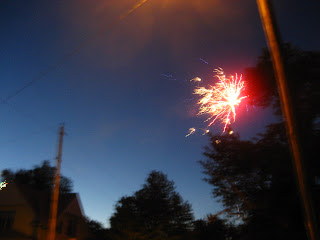 the smell of sulfur in the air.
constant explosions outside. 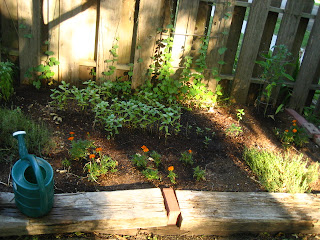 watering the gardens early in the morning. preparing for that big heat of the day. 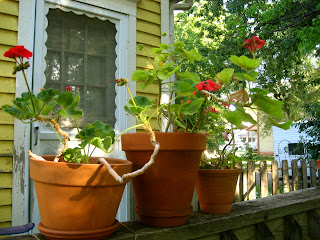 the tomatoes, basil & geraniums love the hot,  as long as they have water.

and I've let the grass dry up. because really I can't justify watering the grass. is that what water is really for?

and if I were fancy-free, I'd be heading to the lake by lunchtime. with a raft. so I could just float. and drop myself into the water whenever.
by e. at 8:03 AM 0 comments