when we get outside to see the river & the rock 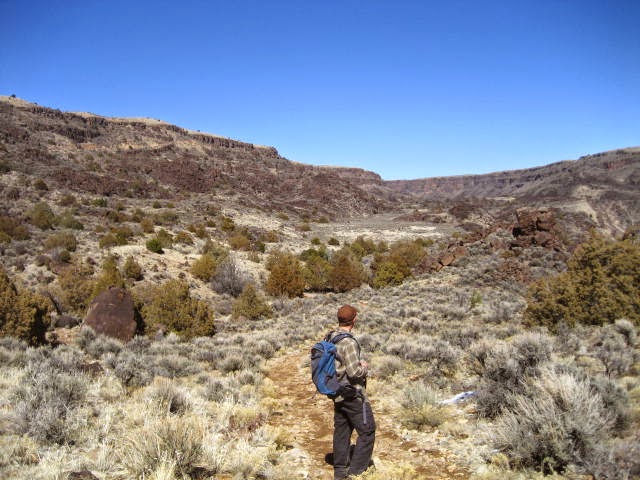 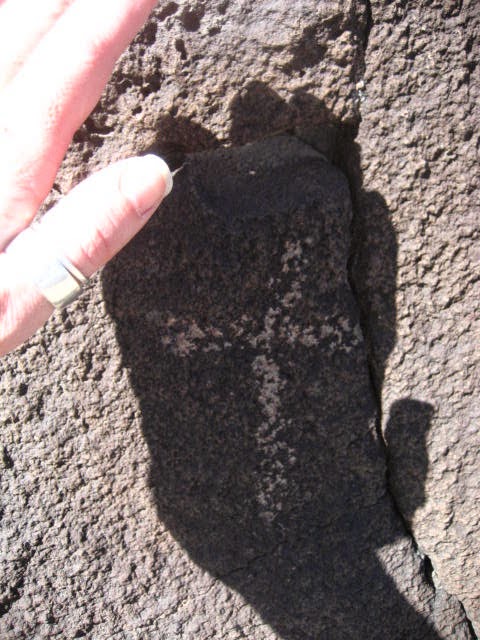 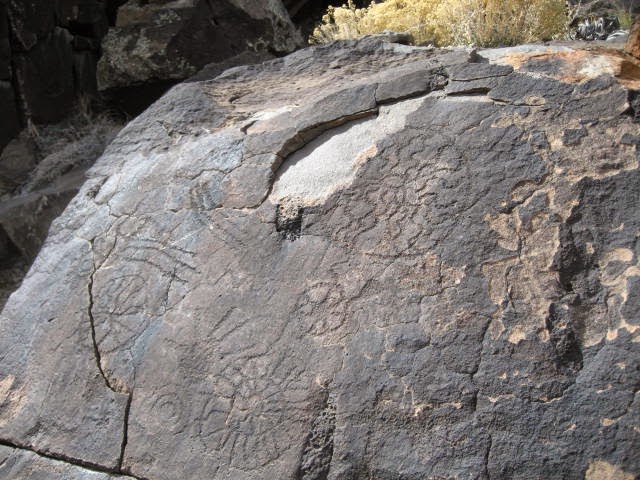 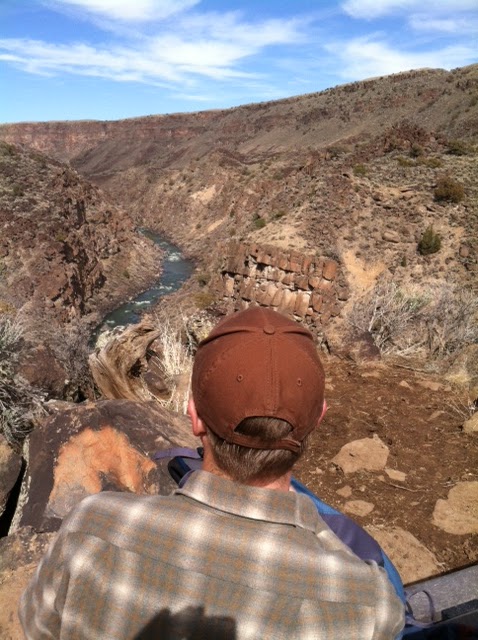 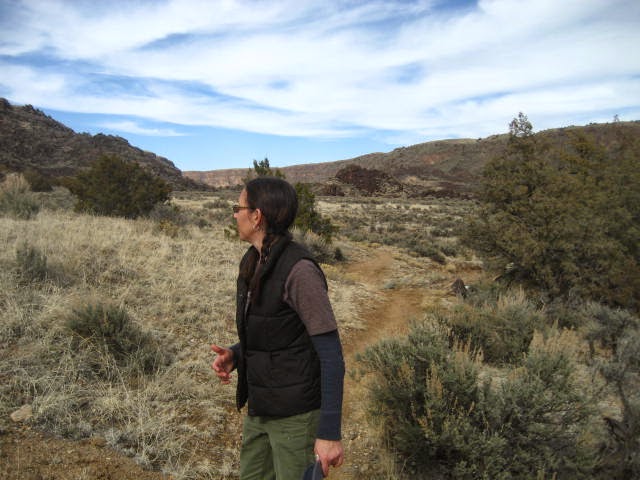 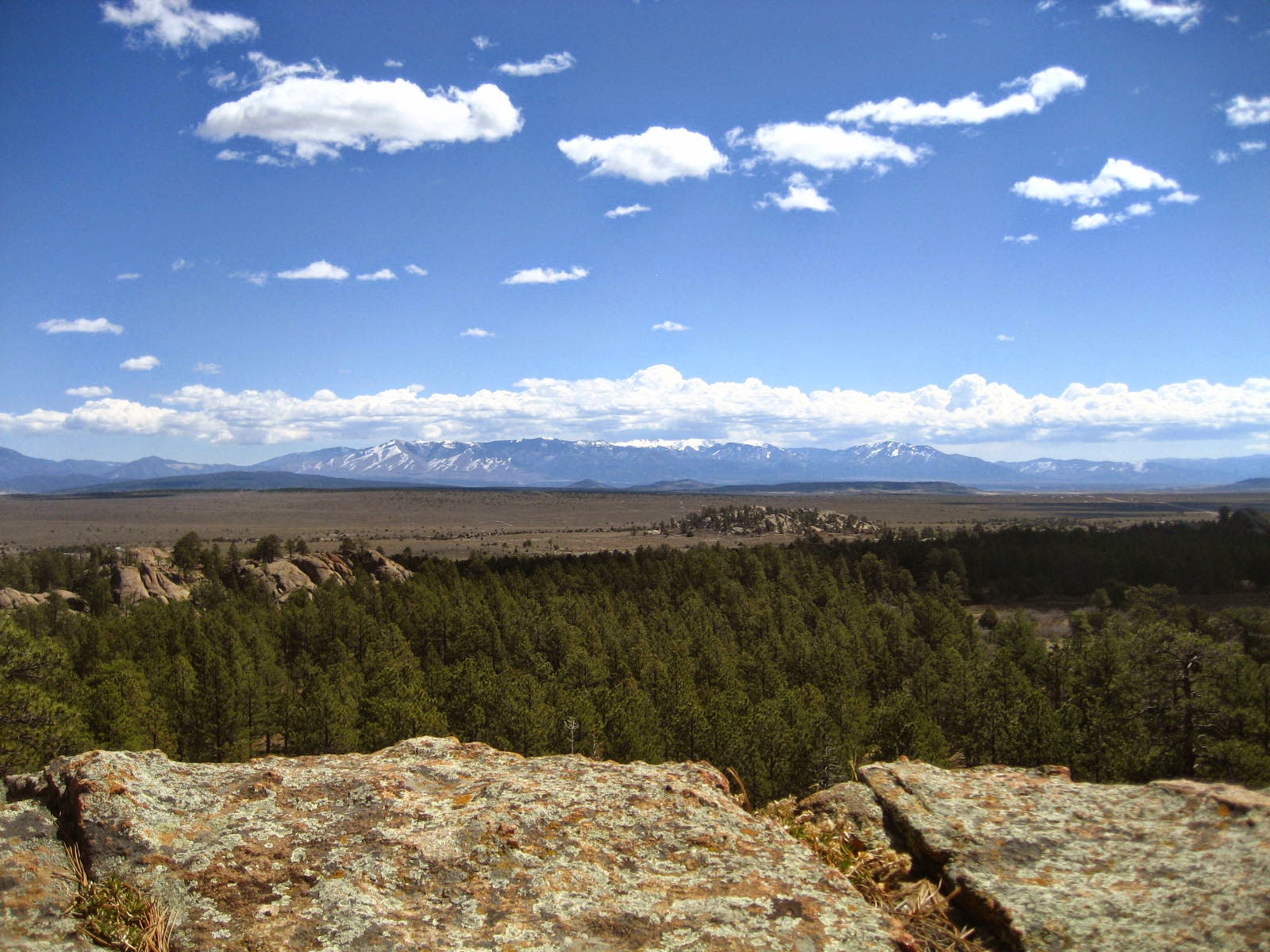 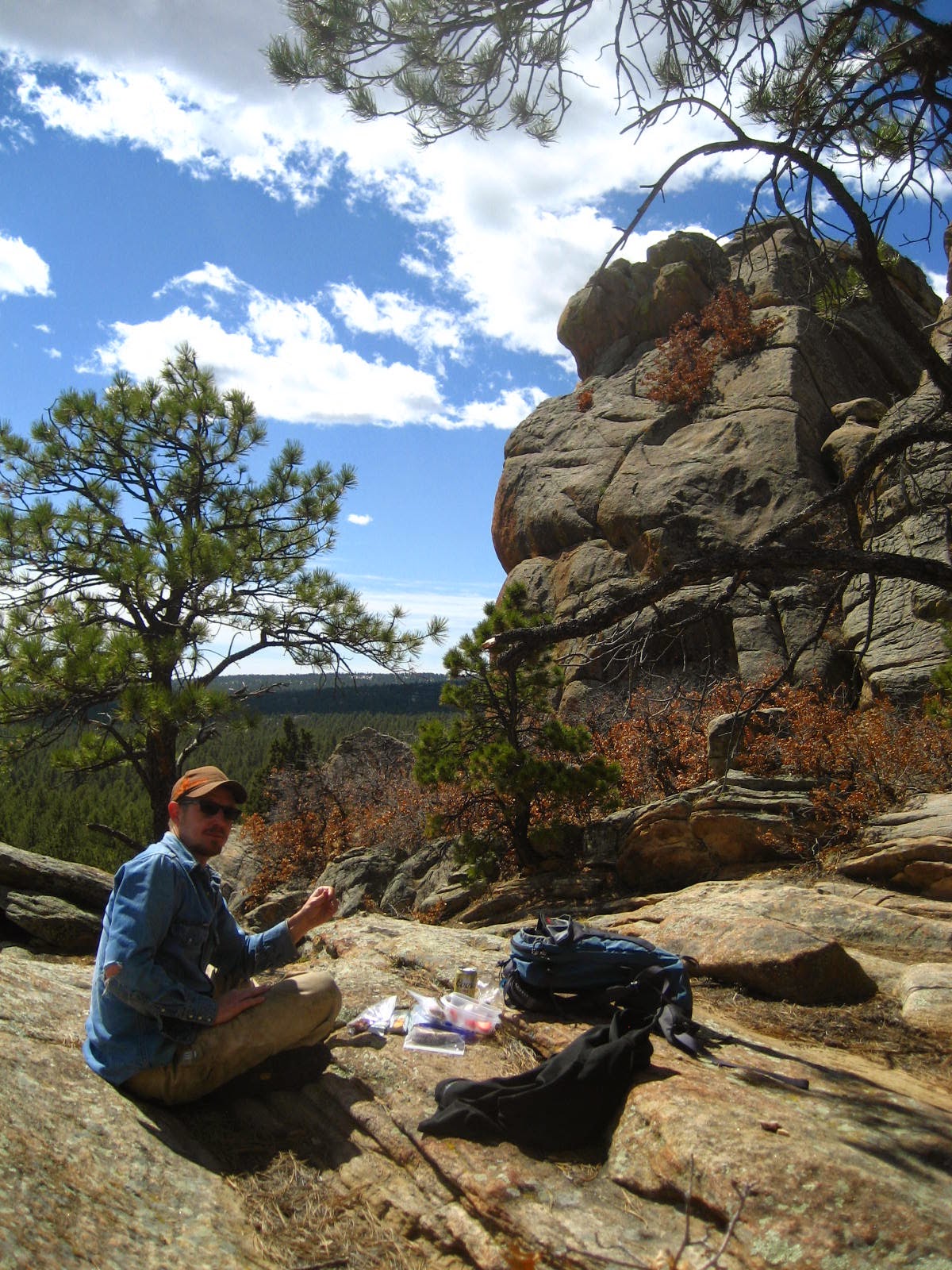 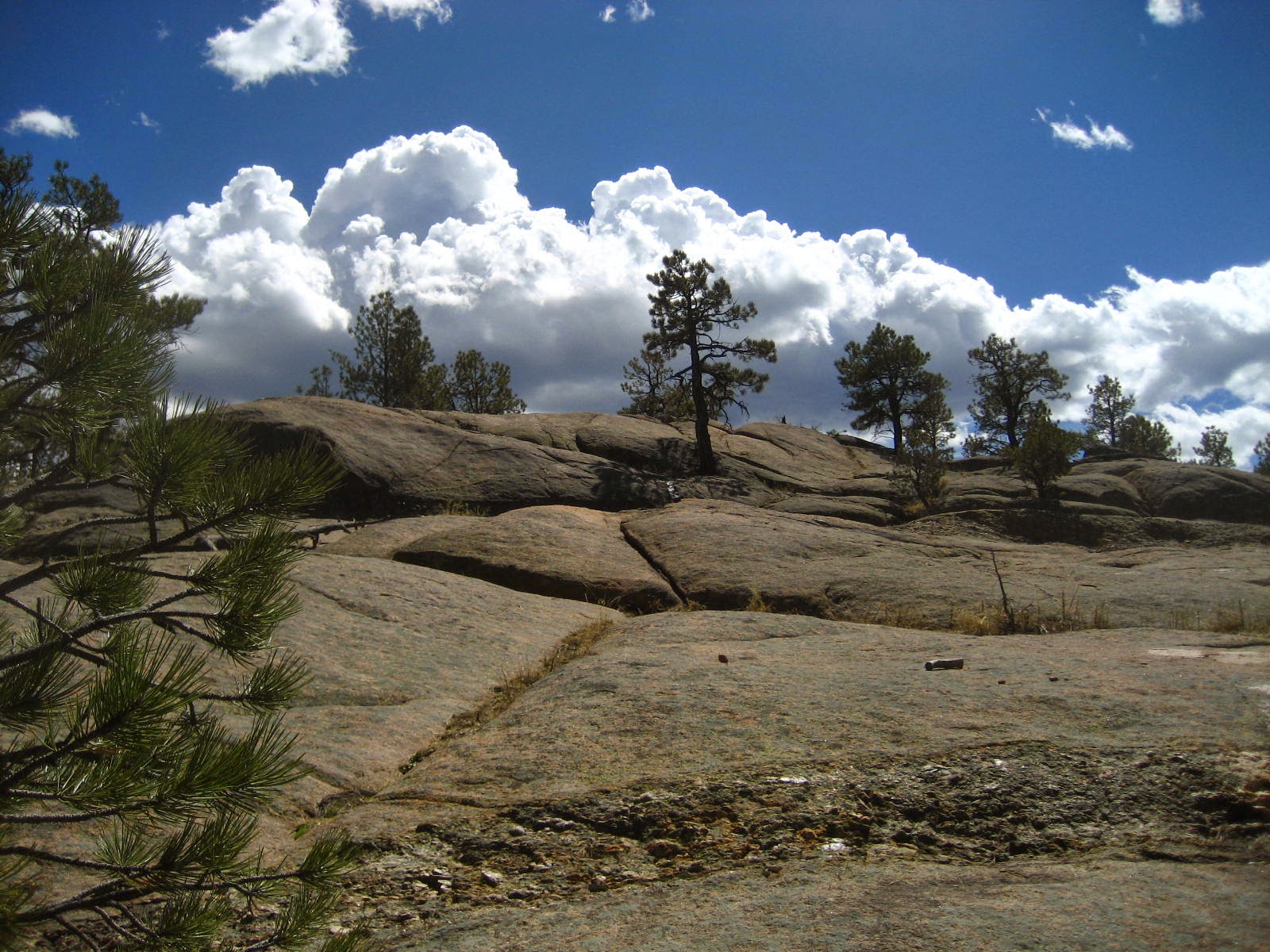 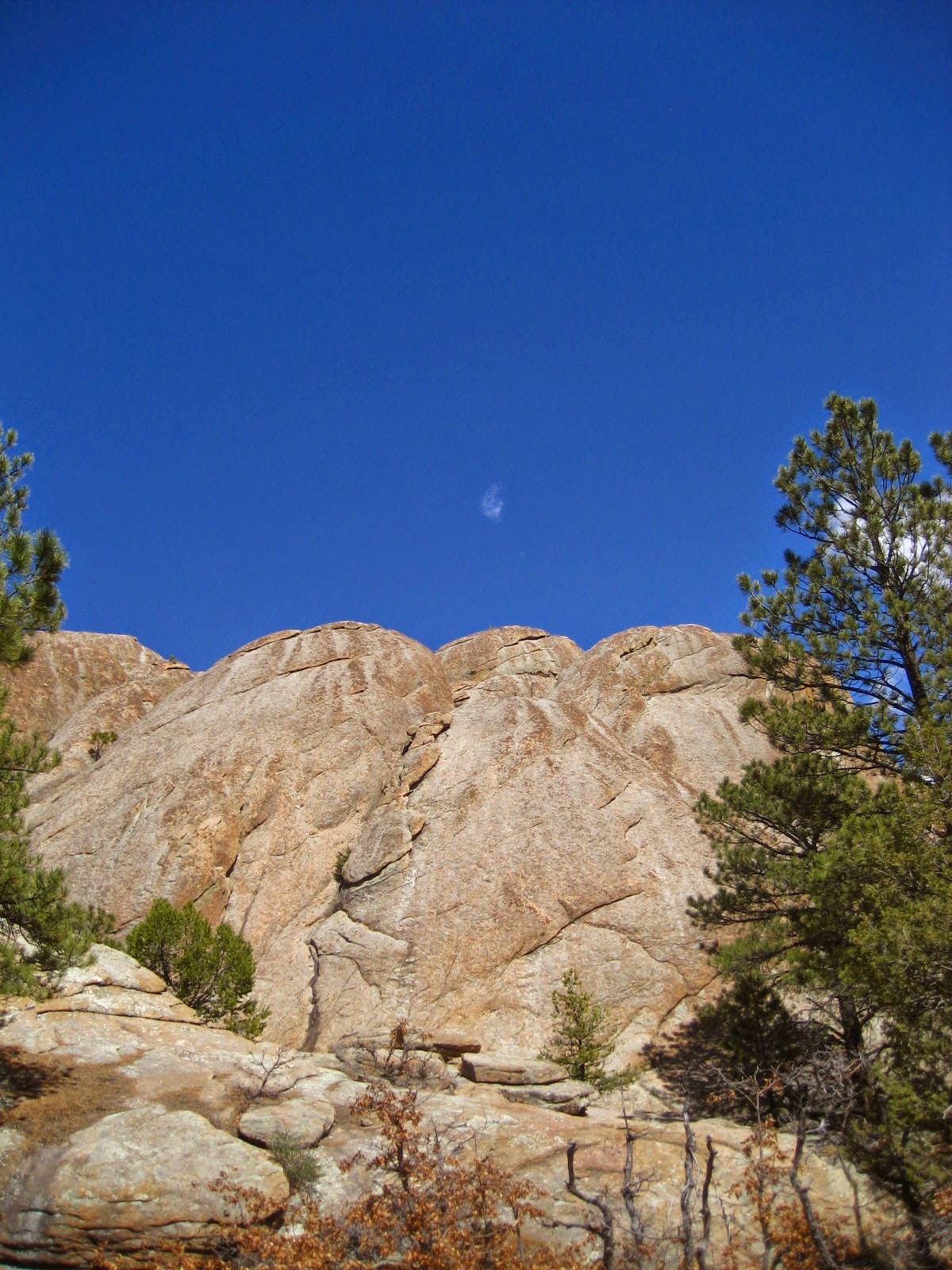 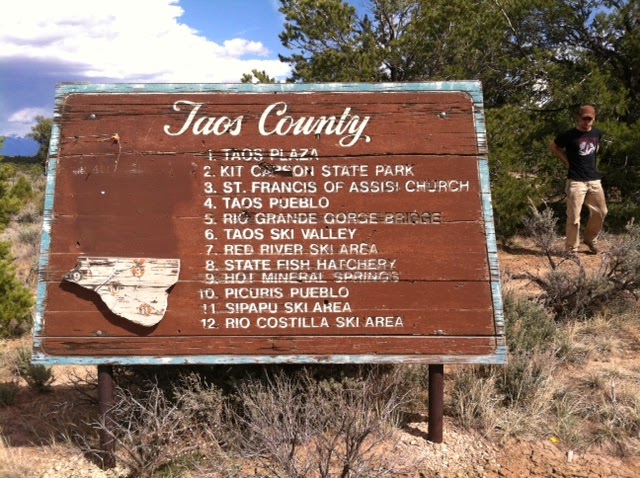 One afternoon we drove a little south and walked the Vista Verde trail. We were looking to walk someplace not-snowy. Not far from a popular local's fishing spot, the canyon trail runs fairly flat, with wide vista views. Eventually the trail ends at an overlook to the Rio Grande. We ran into a few groups of bighorn sheep, who nimbly run along the rocky cliffs. They took a few looks at us, even crossed our path a few times with horns held high, but mostly were more concerned with eating.

Evidence that this trail is centuries old is the petroglyphs along the trail, in varying stages of age. The darker the marking, the more it could be 1,000 years old. We found one rock just covered in different variations of circle symbols. When the Spanish arrived and began to also walk these trails, they felt compelled to leave a cross as their symbol...symbolically altering the messages they didn't understand with one which they did.

A weekend or two ago, we drove west to Tres Piedras, an old mining/ranching community which gets its name from the jutted outcroppings of smooth granite formations. The formations sit surrounded by a forest of Ponderosas.  After beginning our walk, I was right away finding too many rocks to put in my pockets. The granite is banded by pink quartz. I kept finding the clearest, pinkest, glittering pieces of it. I also found many pieces of black obisdian, which would have been used by toolmakers back in the ancient days. I now have a bowl of shining black & pink on our coffee table.

We climbed/walked all over the massive rocks. Stopping for a lunch with a view to the East, of the Taos Plateau, and the peaks & the foothills which we live within.

With Spring has come fewer fires to build, sort of because it is warmer, but mostly because we've both tired of the constant ritual. The acequia is running full force, the snow pack this year being so good. Though almost all year we can hear the river rushing by, it is hundreds of yards away. Now with the sound just outside our window too, we are constantly reminded of the force of water in our lives, and in this valley.

I've transplanted some onions & garlic. And started seeds in the greenhouse. In just a week or two we will be bringing home a puppy, which we are doing our best to prepare for. If only I could prepare Libby, but she lives in cat-ignorance.

Spring gets us a little restless. D. thinks he should be outside for as long as the sun is up, and I think about how much there is to do and how little free time I have to do much at all.  This morning we realized we'd been sharing a coffee cup for the past few mornings, without realizing it. I kept wondering how my coffee was always so freshly hot, and he must have wondered why he kept needing to fill it.