christmas and this last weekend 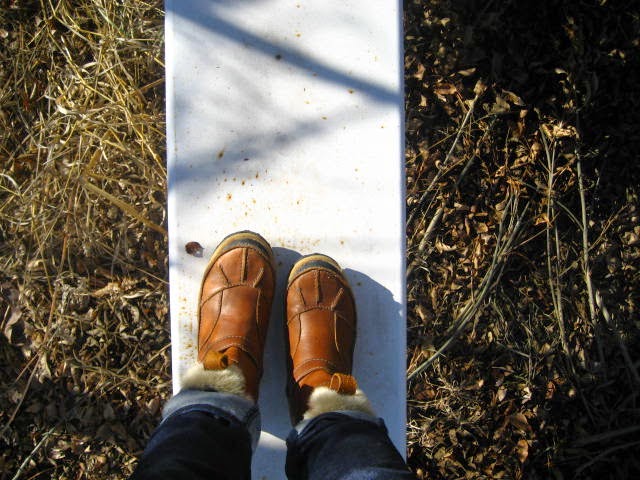 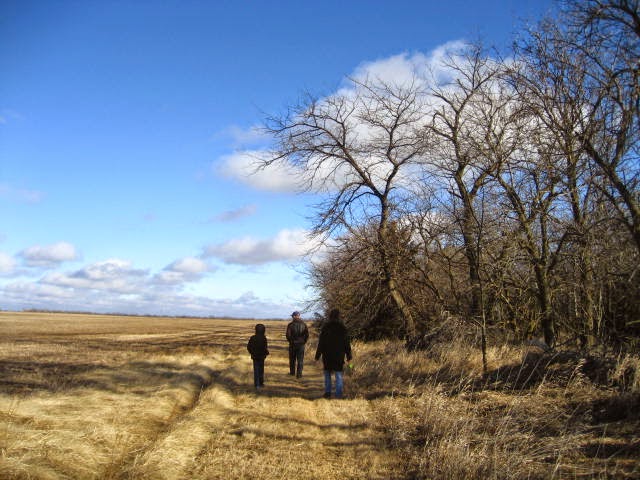 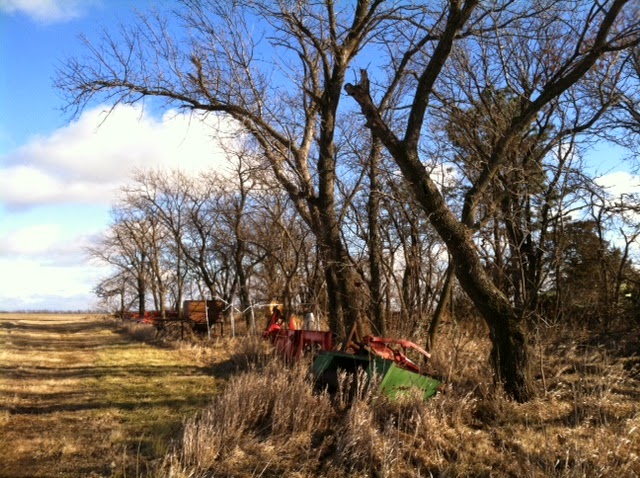 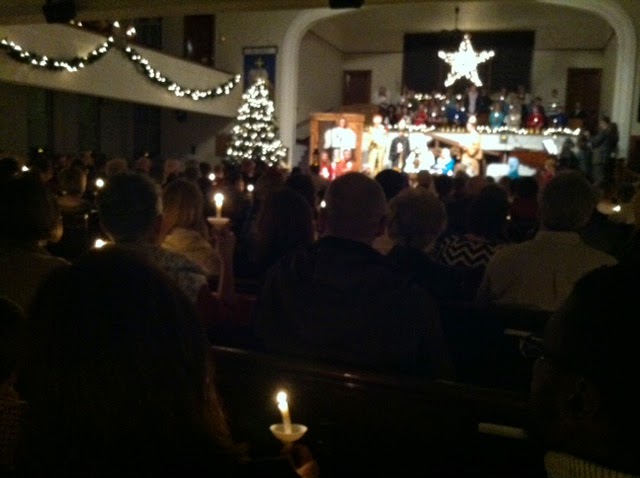 We went to Kansas over Christmas. We sat at the dinner table with Harris relatives, we had drinks with my Dad & MEK while opening presents, we spent an evening with our many friends in Newton, and then had dinner with them too. We ate cinnamon rolls & then took our Christmas walk around the farm, thankfully without the cold wind we had last year. We attended the Eve service at Alexanderwohl again, and again I got choked up as we sang the hymns. Christmas night was a gathering of our parents, which we are so lucky to be able to bring together. And then we finished the week with D's family. Actually, I spent an entire day in bed with what was a cold for D., but a big attack on my not-up-to-par immune system. Then we drove home. We felt lucky to have had the time to spend in Kansas, and to be able to spend it all together. We also wondered what it would be like to spend Christmas in Taos some time. Oh, the holidays. 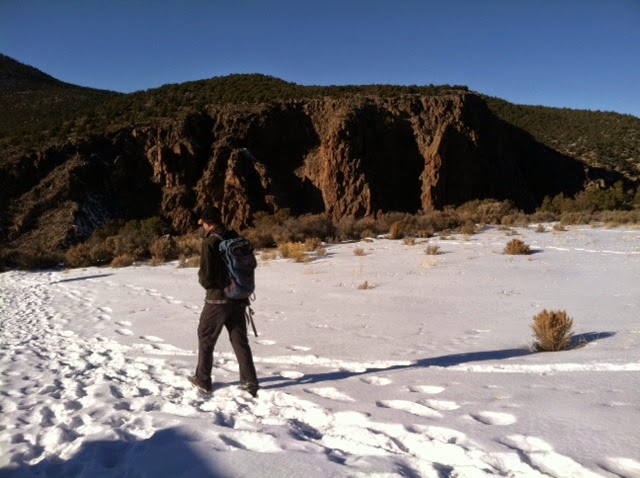 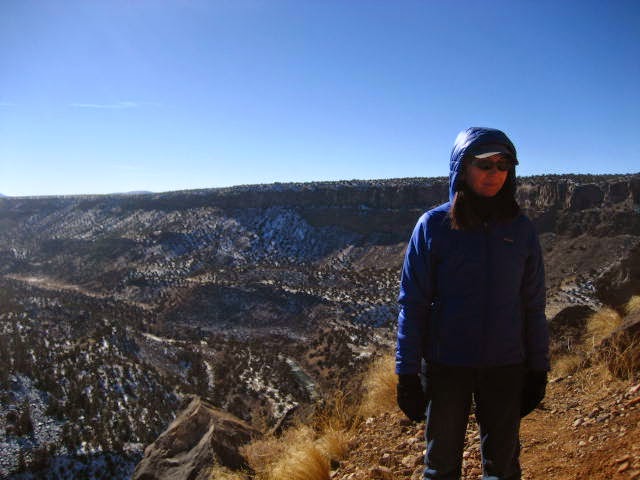 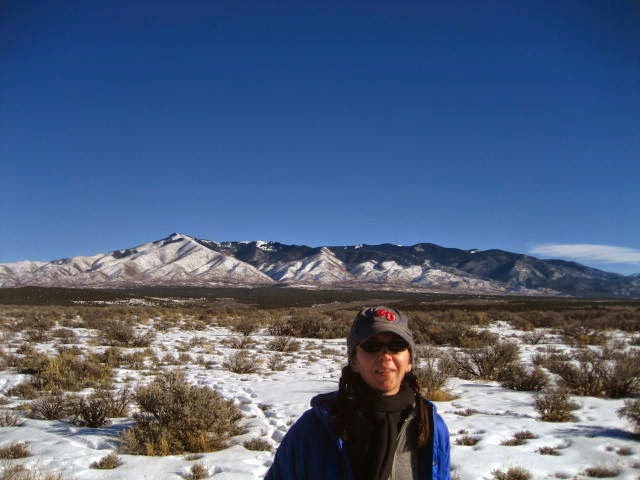 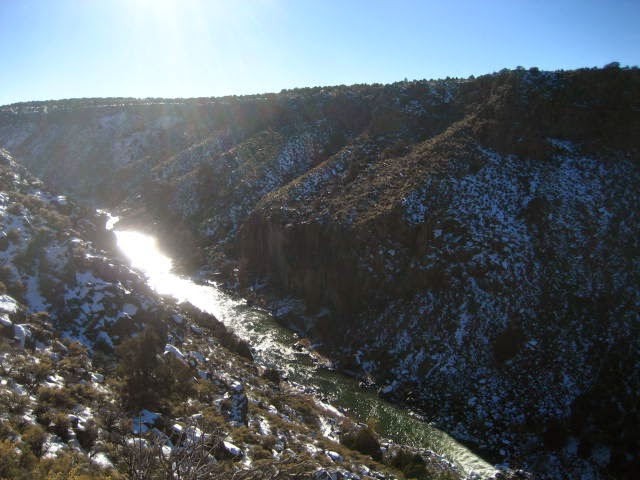 Christmas sort of capped off my post surgery recovery time.  This past weekend we drove up to Wild Rivers again, thinking we'd walk the La Junta trail. I felt very ready to just do it, and just make myself strong again. But the wind on the La Junta was brutal, so we jumped over to Little Arsenic for awhile, and then to the Chiflo. We didn't make it all the way down either of them, because it turned out I wasn't quite ready. But in comparison to our little trip out here six weeks ago, in which we just walked the sidewalks around the overlook of the trail, it was a win. Walking then was still unsteady, and it hurt like god damn hell. Walking this time, just made me feel extremely tired. But it was awesome.

My new appreciation is for the strength and ability I've always had, and never fully realized. Standing tall, walking without fear of falling, moving on.

Two women I love, who also have the scar I have, though because they were having children not hysterectomies, recommended I gently massage the scar...to help bring the feeling back. I do, lightly, and usually thing about other things. But I will fall into the knowledge, that rather stark fact, which seems to sit outside of me in a darkness, that the scar is where I was opened up. The scar is what's left of something once there. My body has been altered. And it was all entirely a "normal" and routine medical procedure. And when I was preparing myself for the medically routine, normal procedure, I had no idea I needed to prepare so much for the aftermath, full of things that didn't feel routine or normal at all.

Hopefully it won't be long before we make it out to Wild Rivers again.